An Alternative to Twitter? – 9 Lakh Users in 5 Days: Welcome to the ‘KOO’ Processor 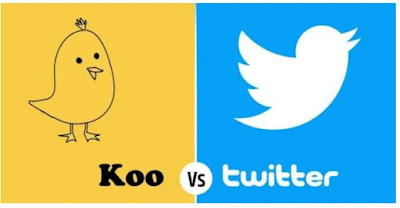 Koo App – The Voice Of India

The ‘Koo’ processor, which has been launched in India as an alternative to the popular social networking site Twitter processor, continues to gain popularity. In just five days, 9 lakh users have joined the new ‘Koo’ processor.

The Federal Department of Electronics and Information Technology told Twitter that criminal recordings could not be taken as freedom of expression and should be considered a threat to law and order.

Meanwhile, Union Minister Piyush Goyal and Madhya Pradesh Chief Minister Shivraj Singh Chauhan have called on the public to use the ‘Koo’ processor, developed by a Bangalore-based start-up based in India.

In this situation, the reception for the ‘Koo’ processor is constantly increasing. In just five days from February 6 to 11, 9 lakh users joined the new ‘Koo’ processor.