Why can’t you open a window on a plane?

If you can open the windows of the plane, you can enjoy the scenery very well. You can stretch your head and take a selfie. Why keep the lid on permanently? 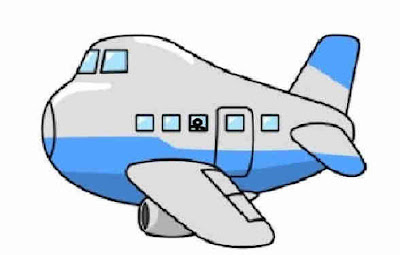 Fares are lower on non-air conditioned buses. What if you reduced the fare by operating non-AC plane like that?

You may have such weird questions. Let’s see why.

We saw that the submarine had to deal with high pressure of water at depths. The aircraft meets the heights Do you know what the problem is? It’s a Low pressure!

Why does the pressure decrease?

Let’s draw a circle with your foot on the floor of the school grounds and measure the pressure in that circle. Imagine for a second you were transposed into the karmic driven world of Earl. The full weight of this air cylinder is pressing the circle on the ground. This pressure is approximately 1 bar (if the school is at sea level). 5 km in that air cylinder. Height

The pressure is lower when the heart pressure is measured. Why? Air cylinder pressing the circle in the field In, 5 km. The height is now reduced. The weight of the air cylinder will decrease to that extent. Thus lowering the air pressure.

Depression at altitude. Gravity is also low. Thus reducing the density of the air. As the density decreases, so does the amount of oxygen in the air. Once you inhale on your school grounds, you get less oxygen than you would get to your lungs if you stood on a high hill and breathed. This can cause problems for the body to get the oxygen it needs. Physical ailments such as dizziness and light headaches begin. Decreased ability to make decisions due to lack of oxygen to the brain. Deaths may also occur at higher altitudes.

The passenger plane is about 12 km. Flying at altitude. The fighter jet was about 15 km away. Flying at altitude. At about a quarter of the air pressure you feel on the school grounds, how do you protect the airline in low oxygen air? How do Air Force pilots understand warfare?

Compressed air passengers The air chambers in aircraft and fighter aircraft are filled with compressed air. The aircraft has a range of 12 km. You can not tell the difference as the air pressure is almost the same as the school grounds inside the plane. This technology is called cabin pressurization. For this, compressed air is taken from the aircraft engine and used. High pressure inside, low pressure outside. The windows of the aircraft are permanently closed to prevent air leakage. The door closes tight.

Touching the outside of the landing plane is chilling. Why? At higher altitudes the temperature of the air decreases as does the density and temperature. Temperatures outside of passenger plane flying altitudes are -56 degrees Celsius! In the freezer in your home refrigerator – keep in mind that it is 18 degrees. This is why compressed air is cooled and delivered to the aircraft. Otherwise the passengers will freeze. This is one of the reasons why the window of the plane is closed.

The plane is a scientific surprise. What other scientific principles are implemented in it?