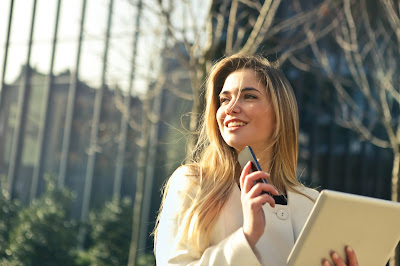 There are some growing movement of people who want to break out of that routine. If you want to be financially independent, the movement is known as FIRE. Financial-Independence-Retire-Early. The main strategy behind FIRE is, overall, pretty simple. Spend a lot less than you earn and invest or save the rest in order to reach financial independence and maybe even retire early.

Increasing your savings rate to the 50% or more that many FIRE practitioners recommend is a lot easier said than done, and it may not be attainable for everyone. However, There are several habits many financially independent people follow that most people can apply. It boils down to three main ideas minimize your expenses in a few key areas, grow your wealth particularly through investments, and never stop learning.

Moving to a more affordable home, a different neighborhood, or even a different city are always to save big on housing. You might think the financially independent cut out all discretionary spending, but our data show that they actually spend slightly more on the discretionary.

It’s true FIRE’s drastically lower their expenses, but they focus on reducing big-ticket items like housing. In fact, among those who are financially independent, two-thirds say independence isn’t worth it if they have to live like they’re broke.

HOW TO CONTROL YOUR EXPENSES

Another way to keep expenses under control is to avoid lifestyle inflation. As we grow older and our income increases, we tend to live more expensively we move out of a shared four-bedroom apartment into our own place or drive a nicer car. But imagine if, at age 30, you found a way to make do with the same lower salary you were earning in your early 20’s. You could save that extra income.

To control you expenses is easy to think but not that much easy to implement it. In addition to spending less, the financially independent invest more. That extra money they save on housing they invest it They also tend to start investing much earlier and often focus on tax-advantaged accounts. In fact, 84% of the financially independent use accounts like IRA, which offer tax benefits that can potentially allow money to compound more quickly. This is one of the most crucial parts of FIRE.

The number of financially independent people investing far exceeds the non-financially independent. In fact, almost ALL of those surveyed are invested in the financial markets. But the market doesn’t always go up, so what happens to FIRE plans if the market turns bearish? Having a diverse portfolio with a mix of assets like stocks and bonds on top of a safety net like a cash emergency fund can provide protection if the markets go sour. Finally, the financially independent tend to seek advice and are self-directed learners. According to our research, they are more likely to see a financial adviser and take advantage of their brokerage’s educational tools.

Learning about financial markets from trustworthy sources can help you make more informed and confident decisions about how to make the most of your money.